For his side to prevail, Abe must forsake his bloodlust and turn his attention toward the one thing that truly matters: winning the war. 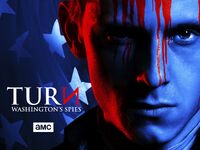