If you're new to Wikia, please use the above links to get started. If you already have editing experience, and you have an article relating to Turn: Washington's Spies to contribute, use the box below to create it:

Below is information and links regarding the show.

Go to these sites for info or for help with your own wiki! 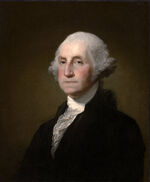 George Washington (February 22, 1732 [O.S. February 11, 1731]—December 14, 1799) was the first President of the United States of America, serving from 1789 to 1797, and dominant military and political leader of the United States from 1775 to 1799. He led the American victory over Great Britain in the American Revolutionary War as commander-in-chief of the Continental Army from 1775 to 1783, and presided over the writing of the Constitution in 1787. Washington became the first president by unanimous choice, and oversaw the creation of a strong, well-financed national government that maintained neutrality in the wars raging in Europe, suppressed rebellion and won acceptance among Americans of all types. His leadership style established many forms and rituals of government that have been used since, such as using a cabinet system and delivering an inaugural address. Washington is universally regarded as the "Father of his country".

Is Better Call Saul new tonight on AMC? A dive into the future  CarterMatt...

10 hidden TV gems you might have missed  Houston Chronicle...